Most people think going in for ladies with huge backside is wrong, others also think pastors and men of God does not put butt in Consideration when choosing their life partners. I want to show you some Ghanaian pastors and gospel musician whose wives has a huge backside. 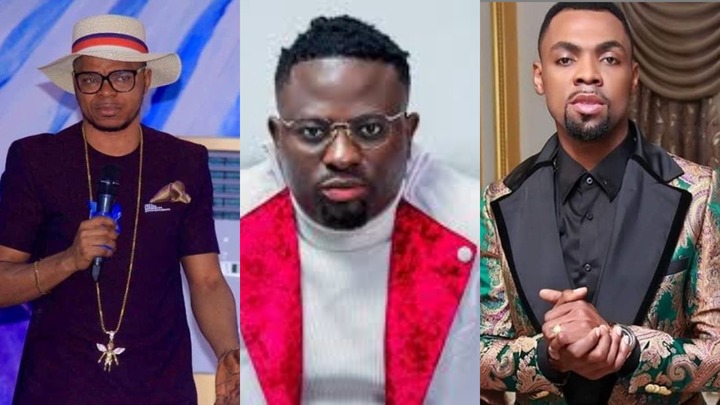 Rev. Kwaku Bofour is a powerful man of God who is the Founder and leader of the Anointed Palace Chapel. The church has branches in Kumasi and Accra. He is also a renowned business Man . She is Married to a Very Beautiful woman with the name queen Ciara and most people calls her ‘Obofowaa’. Rev. Obofour admires her wife especially with her huge Back side. 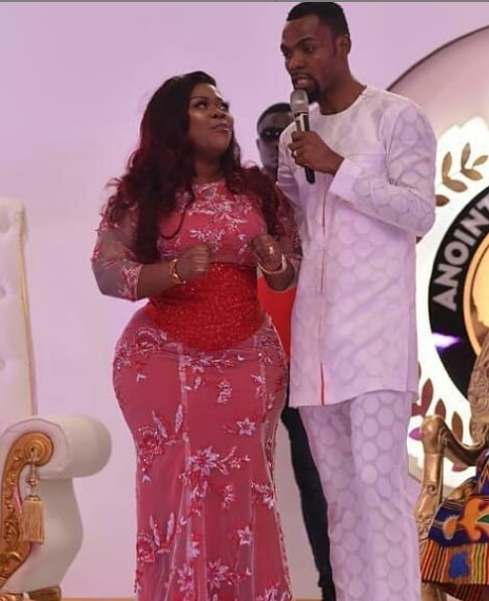 READ ALSO  Everything You Need To Know About Kumawood Actor, Kwaku Manu

Bishop Obinim is the founder and leader of the International God’s Way Church. The church has its two main branches in Accra and Kumasi. He is married to Florence Obinim a popular gospel female artist who is well known the good music she have being producing. She is seen as one of the best gospel musicians in Ghana. READ ALSO  My Wife Poisoned My Mother With Salt

Brother sammy is a popular gospel musician in Ghana. Most of the people calls him the Nation’s worshiper because of the powerful worship songs he produce. He is married to a beautiful woman called Obaa Yaa. Just recently Brother Sammy made a statement about how he fell in love with his wife because of his backside.

South African media personality, socialite, and dancer Zodwa Wabantu. On the final day of Women’s Month, a video showing a Zodwa Wabantu being caressed between the legs is making the rounds on social media.

In response to reports of her followers touching her in 2019, Zodwa stated in a prior interview that “these are my supporters, there was absolutely no abuse and no harm was done.”

A video of a fan licking the socialite and dancer’s buttocks went viral earlier this year, setting off a flurry of gossip. The man’s antics, which many people on social media have deemed disrespectful, can be seen being pushed aside by Zodwa as she smiles.

Netflix’s Harry and Meghan Docuseries: Everything You Need To Know

Netflix’s Harry and Meghan Docuseries: Everything You Need To Know

The trailer for Prince Harry and Meghan Markle’s Netflix docuseries is here.

In 2020, the Duke and Duchess of Sussex signed a multi-year deal with Netflix to produce content through their production studio Archewell.

The agreement included documentaries, movies, scripted shows, children’s content – and even a docuseries starring the Sussexes themselves. On 1 December, Netflix finally released a trailer for the upcoming series, simply titled Harry and Meghan.

Harry and Meghan: What to know

Harry and Meghan is an upcoming six-part documentary series about the Duke and Duchess of Sussex. According to Page Six, Netflix has been working on the project for some time, filming the couple in their Montecito home and on their September 2021 trip to New York City.

The studio hadn’t confirmed it was working on a docuseries until it released a trailer in December 2022. When asked why they made the reality show, Harry says in the trailer: “No one sees what’s happening behind closed doors. I had to do everything I could to protect my family.” Meghan then adds: “When the stakes are this high, doesn’t it make more sense to hear our story from us?”

Here is how Netflix described Harry and Meghan in its press statement:

“At its core, their relationship looks like many others: They met, had a whirlwind romance, fell in love, got married, had children, and built a life based on shared values and mutual support of each other’s work and ambitions. But the Duke and Duchess of Sussex are no ordinary couple. Theirs is one of the most high-profile love stories in history, and even the most plugged-in fans and followers of their story have never heard it told like this before.

Harry and Meghan is an unprecedented six-part documentary series that explores the span of their relationship, from the early days of the couple’s courtship to the challenges and controversies that prompted them to step back from the royal family. The series includes interviews with family and friends who’ve never spoken publicly about the couple’s relationship before, as well as historians and journalists who dissect how media influenced Harry and Meghan’s relationship with the royal family and the Commonwealth at large.”

According to People, Harry and Megan will be available to stream sometime in December 2022 – although this hasn’t been confirmed by Netflix. Page Six reported the docuseries will release on 8 December, but this date is not official yet.

READ ALSO  What Can A Wife Do To Overturn The Curses Her Husband Brings Home?

Harry and Meghan: Where to watch

The new series will stream exclusively on Netflix. It’s part of the Sussexes multi-year deal with Netflix in which their production company, Archewell Productions, will produce documentaries, docuseries, feature films, scripted shows, and children’s programming.

Harry and Meghan: Cast and crew

Harry and Meghan will heavily showcase Prince Harry and Meghan Markle, naturally. But the series includes commentary from close friends and family members, many of whom have never spoken publicly about what they saw or heard, and from historians on the royal family’s relationship with the media. The docuseries is directed by Academy Award–nominated and Emmy-winning director Liz Garbus.

A 27-year-old woman, Busayo Alagbe, has been arraigned before the Yaba Magistrates’ Court, Lagos State, for allegedly forging bank documents and robbing her employer, Bridgeway Ventures, of N4.5m in the state.

Alagbe was charged with three counts bordering on the conversion of employer funds, stealing and forgery.

The prosecutor, Godwin Oriabure, said the defendant committed the crime between July and November 2022, in the Gbagada area of the state, adding that during interrogation, she confessed to have used the stolen money to sponsor her boyfriend’s travelling expenses to the United Kingdom.

Oriabure told the court that the offence was contrary to and punishable under Section 287(b) of the Criminal Law of Lagos State, 2015.

The charge read in part, “That you, Busayo Alagbe, between July and November 2022, at no 17 Olujobi Street, Gbagada Estate, Lagos, in the Yaba Magisterial District, did fraudulently convert the sum of Four-Million Five Hundred and Thirty One Thousand Two Hundred and Fifty Naira, property of Olayinka Blackshear and thereby committed an offence contrary to and punishable under Section 287(b) of the Criminal Law of Lagos State, 2015.”

The defendant pleaded not guilty to the charges.

Magistrate A.O Salawu granted the defendant bail in the sum of N1m with two responsible sureties and adjourned the matter till January 19, 2023.